All works were done under technical support of Matthew Matimbwi 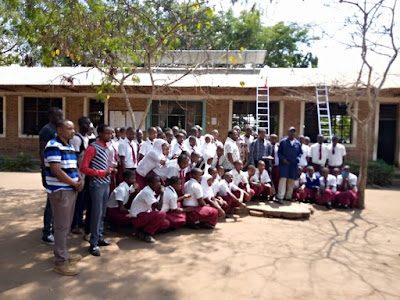 Thanks to German Friends of URBIS Foundation that had extended their financial contribution to the program. The trained was implemented by Matthew Matimbwi 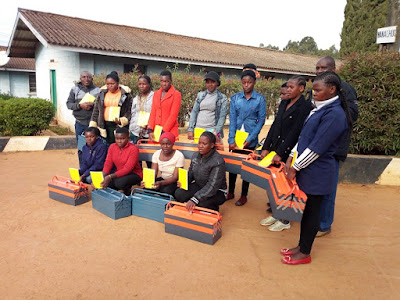 
In realizing the project, Sisters of St. Ann of Luzern were offered consultancy service by Matthew Matimbwi. 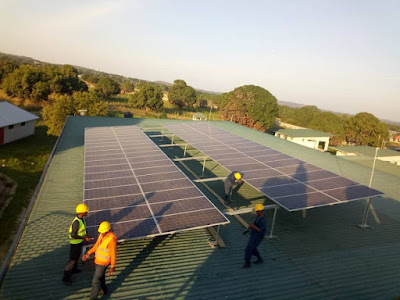 Promoting Secondary Education in Malinyi, Tanzania
20.2.2019
Matthew Matimbwi in cooperation with Catholic Diocese of Mahenge installed a solar photovoltaic system at VITIRA Secondary School in Malinyi for improving quality of learning. The installation of 1.68kW was done in February, 2019.

Solar system supplies electricity for lighting, laboratories and use of Information and Communication Technology equipment. 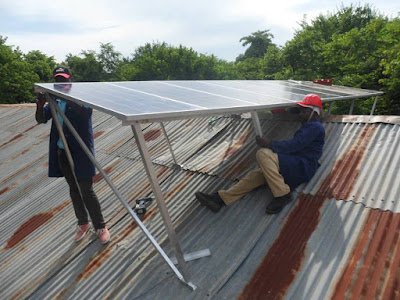 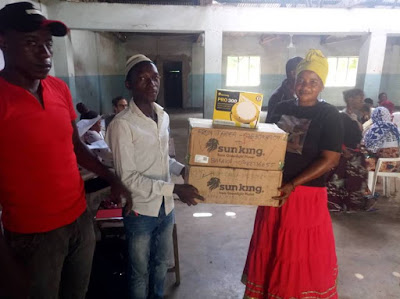 Thanks for the financial support from UNDP and SolidarMed. 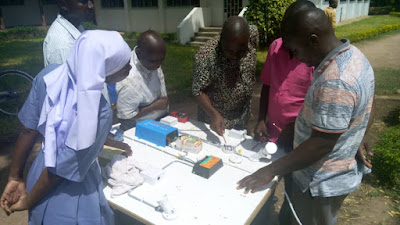 Using solar energy to promote education in Malinyi
October, 2018 to January, 2019
Matthew Matimbwi is working with Catholic Diocese of Mahenge to install solar systems at the secondary schools in Malinyi. The cooperation will benefit schools of St. Piu Secondary School and VITIRA Secondary School.

The availability of electricity will enable students to pursue science subjects and have extra hours of learning in the evening. 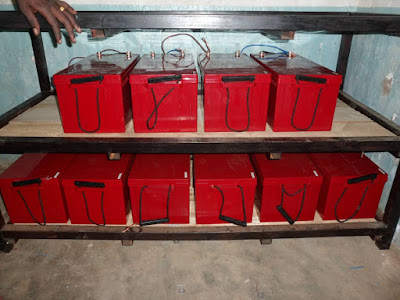 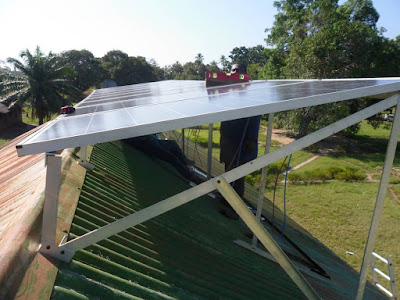 Electricity will provide light improving living and learning environments to the girls. Thanks to the support of URBIS Foundation of Munich, Germany. 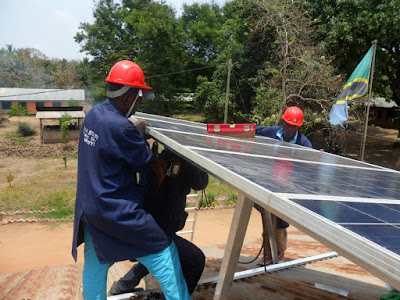 The activities that have been realized in Malinyi are providing solar lights to Malinyi Bus Stand and Market Place, supplying solar electricity to Malinyi and Kipingo Secondary Schools, connecting to the internet Malinyi Teachers' Resource Centre (5 computers and solar photovoltaic system), provision of chairs to the primary schools of: Malinyi; Nawigo; and Makugira and training of 5 young people in solar photovoltaic technology installation and maintenance. 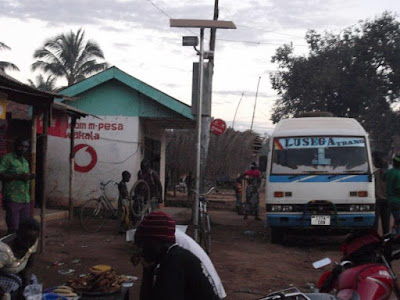 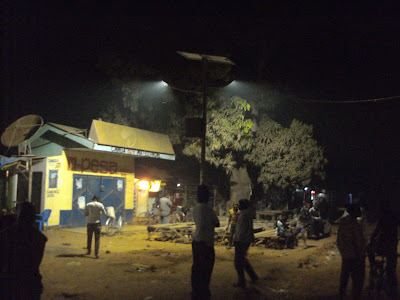 Solar photovoltaic systems at Kipingo and Malinyi secondary schools
Solar systems at the schools have contributed to the increase of the school performance as students can have opportunity of learning in the extended time in the evening and there is increased security around the school environment. 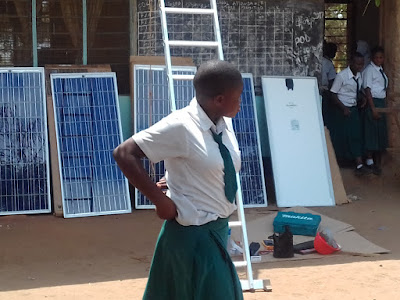 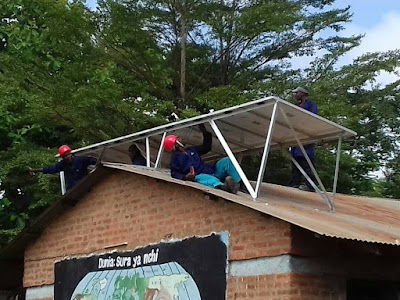 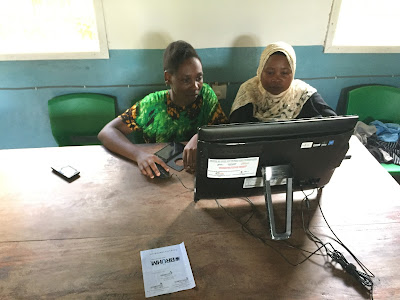 Chairs to 3 primary schools
84 chairs have been distributed to the 3 primary schools of Makugira, Malinyi and Nawigo. The chairs were provided to reduce the deficit of school chairs that existed in the village of Malinyi. 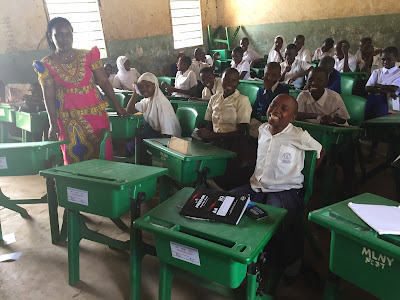 Solar lights for the households
Malinyi is connected to national grid. It is the fact that not all households are able to connect to the grid. Even those who are able to connect to the national grid are not yet connected. Project enables those families not yet connected, through VICOBA, to replace kerosene lanterns to improve the living environment and provide possibility of children studying at home in the evening. 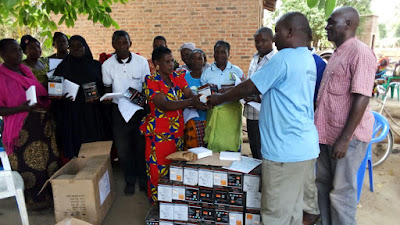 
April, 2018
Revolutionary Government of Zanzibar has received the financial support to implement the program of Renewable Energy and Energy Efficiency. The aim of the project is to increase the independence of Zanzibar in accessing modern energy and increasing efficient energy use through the harnessing sources of renewable energy mainly solar and wind.

Eng. Matthew Matimbwi through MWH SA/NV of Brussels, Belgium has been implementing training and learning process component. The work is being done from August, 2016 to June, 2018. The work consisted conducting the study on the training need assessment, development of training modules and implementation.

The topics that have been managed by Eng. Matthew Matimbwi are:

In November, 2016, with support from Power4Africa (Germany), Solarworld (Germany) and USAID, dispensary was installed with solar photovoltaic system of 1.7kW.

Solar photovoltaic system at Tanganyika Masagati supplies electricity to the medical service building and 3 staff houses. Members of staff are no longer feeling isolated as they can watch televisions and have reliable and safe light. Dispensary has improved its service as it can use electronic equipment for diagnosis.

Eng. Matimbwi supported the process of planning and fund raising. 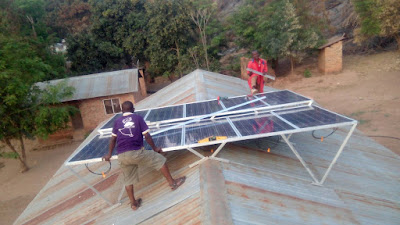 The Solar PV System is an off-grid powering 25 workstations in the library. Students can access internet without interruption. The Solar Photovoltaic System was commissioned in May, 2016.

Eng. Matthew Matimbwi played the roles of system planning, design, finance planning, contractor procurement and verification of the conformation to the technical specifications. 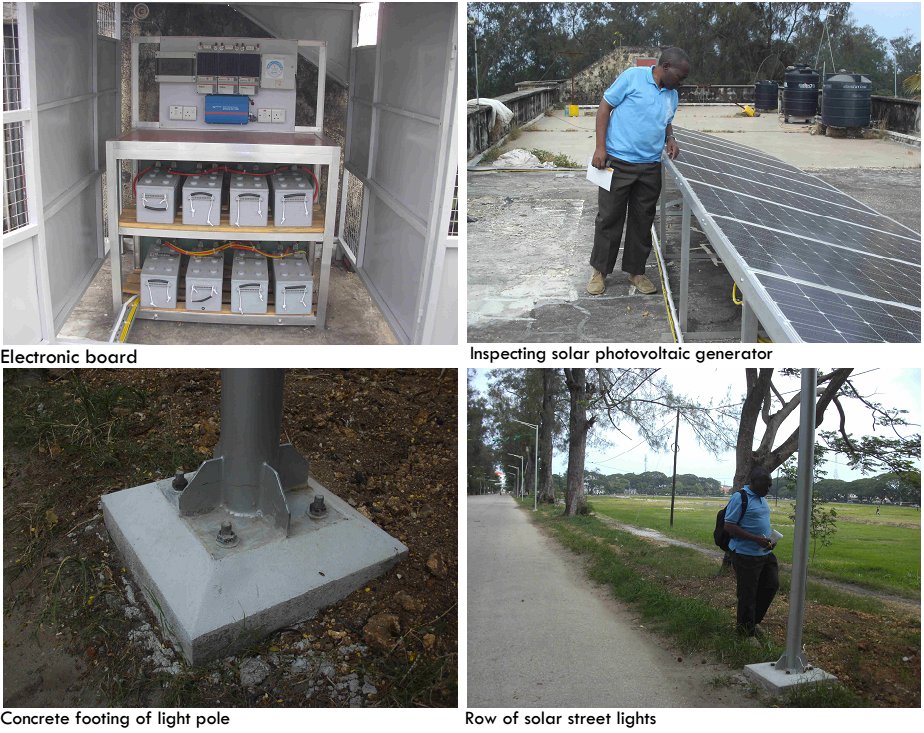 School opted to install solar photovoltaic system to ensure stable supply of electricity. In order to increase efficient use of energy, the conventional tube lights and bulbs were replaced by energy saving lamps.

Eng. Matthew Matimbwi supported the process of developing the solar system through planning, designing and developing proposal. Fund raising was done by the School Principal through Diocesan Bishop. At last, Eng. Matimbwi supported the project with verification of the contractor to the conformation of the technical specifications. The system was commissioned in December, 2015.

The solar photovoltaic system was installed through a financial support from BEGECA.

The project has ensured availability of electricity and increased energy use efficiency. The cost of electricity bills from national utility has decreased. 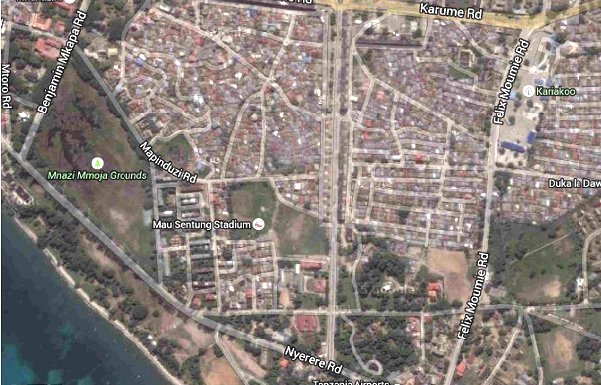 Future perspectives of the project are to establish solar revolving fund through VICOBA and installation of solar photovoltaic systems for the Malinyi dispensary and girls' dormitory at Kipingo Secondary School.

USAID TUNAJALI Program has already installed a total of 82 solar systems for medical service and 123 solar systems for the staff houses at 53 health facilities owned by Tanzanian Government and Voluntary Agents.

USAID TUNAJALI Program has a plan to install solar system to the additional 7 health facilities.

The work has brought impacts of improving quality of the medical service and staff retention.

November, 2013-December, 2014
Mkomaindo District Hospital is the health facility for Masasi District. It is connected to the national grid but the electricity availability is neither stable nor reliable. In order to ensure that life is saved, the partner of Masasi District that is Landesamt Enzkreis-Germany, contributed finance to install solar power backup systems for the hospital (4.8kW) and the nursing school library (270kW) and training of 12 solar installers to serve the community of Masasi and surrounding districts.

The planning was done to scale up the solar photovoltaic system and install new fuel efficient diesel generators.

The work resulted scaling up solar photovoltaic systems to 8.5kW supplying electricity for the water pumping, hospital equipment and nursing school. 2 new diesel generators each 45kVA were installed increasing efficiency in the diesel fuel use.

Solar Photovoltaic System for Sisters of Diocese of Mahenge

January, 2013 - March, 2014
Congregation of the sisters of Diocese of Mahenge, Franciscan Sisters of Charity (FSC) has a service station in Dar es Salaam, Tanzania, called St. Pio House. The house experienced the problem of power outage from the grid and high operating costs of electricity due to having installation of light of low energy efficiency.

Franciscan Sisters of Charity runs a health centre that is off-grid at the village of Mbingu in Kilombero District.

In order to improve the quality of health service, a 3.0kW solar photovoltaic system was installed to supply electricity. Further, community awareness raising on the potential of solar photovoltaic technologies and training of the maintenance team were conducted. Finance was contributed by UNDP Tanzania.

The impact study was conducted after a year of operation. It was found that the availability of electricity increased the quality of service and service availability. It further saved economy of families as they have no responsibility of purchasing kerosene when they go the to the dispensary in the night.

Availability of fruits and vegetable in Malinyi, Ulanga, is seasonal. To ensure the continuous availability of vegetable and fruits throughout a year, women who are most responsible for food preparation at home were trained in solar food drying.

This page presents works of Matthew Matimbwi in the area of rural housing. Eng. Matimbwi has been involved in planning, designing and development
Construction of dining hall at Tumaini Lutheran Seminary, Malinyi

Evangelical Lutheran Church-Tanzania, Diocese of Ulanga-Kilombero has received a financial support from the partner church of Eastern Washington-Idaho Synod to continue with the construction of dining hall at Tumaini. Since May, 2016 Eng. Matthew Matimbwi in cooperation with Eng. Rainer Schacht provide technical support to the beneficiaries.

Construction of kindergartens in Ulanga and Kilombero Districts 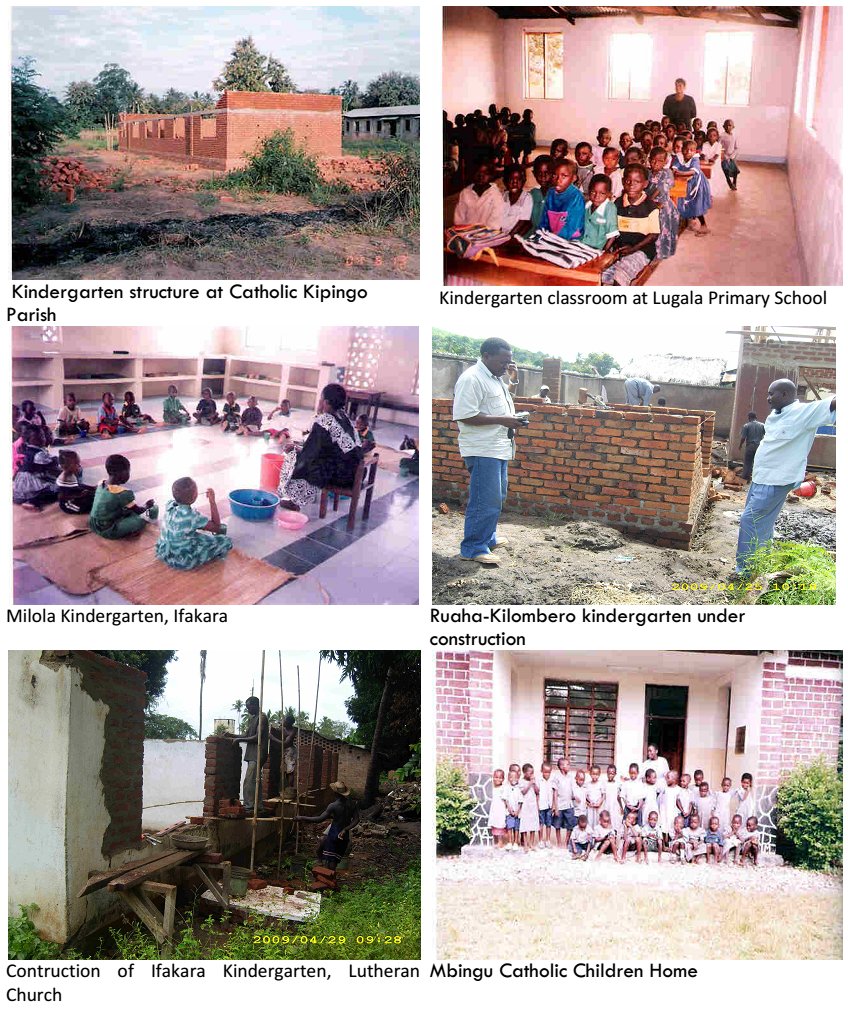 This page presents works of Eng. Matimbwi in the area of rural housing. Eng. Matimbwi has been involved in planning, designing and development
Construction of dining hall at Tumaini Lutheran Seminary, Malinyi
May, 2016 to December, 2019

Evangelical Lutheran Church-Tanzania, Diocese of Ulanga-Kilombero has received a financial support from the partner church of Eastern Washington-Idaho Synod to continue with the construction of dining hall at Tumaini. Since May, 2016 Matthew Matimbwi in cooperation with  Rainer Schacht provide technical support to the beneficiaries.

Construction of kindergartens in Ulanga and Kilombero Districts 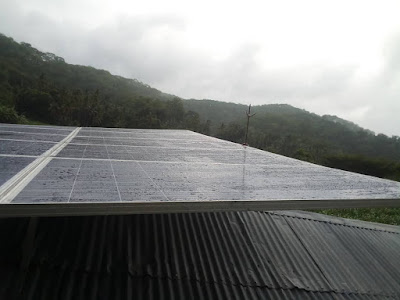 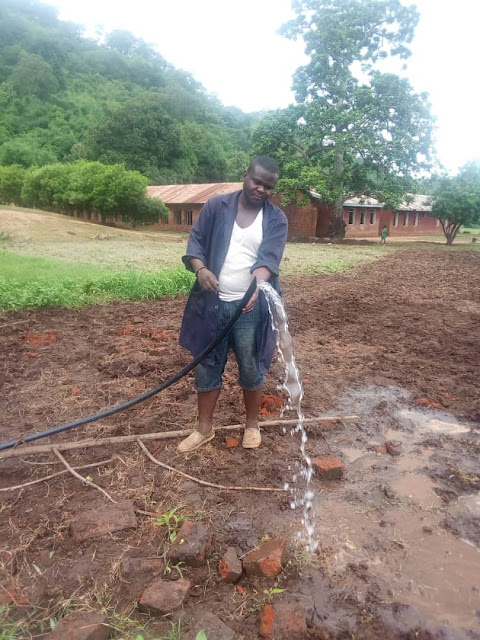 Fish farming at Mbingu
23 February, 2017
Elizabeth Children Care Centre at Mbingu Sisters, Ifakara, Tanzania that is owned by Franciscan Sisters of Charity Diocese of Mahenge came with an idea of fish farming to improve the quality of food and income generation.

Eng. Matthew Matimbwi supported the centre in planning, fundraising and implementation of the project. The fish pond with 3 sections is already developed and small fishes are already planted. The development work was concluded in December, 2016. Sr. Annatholia Mgubike that is in charge of Elizabeth Children Care Centre thanks Franzskaner Missionszentrale of Germany for the financial contribution. 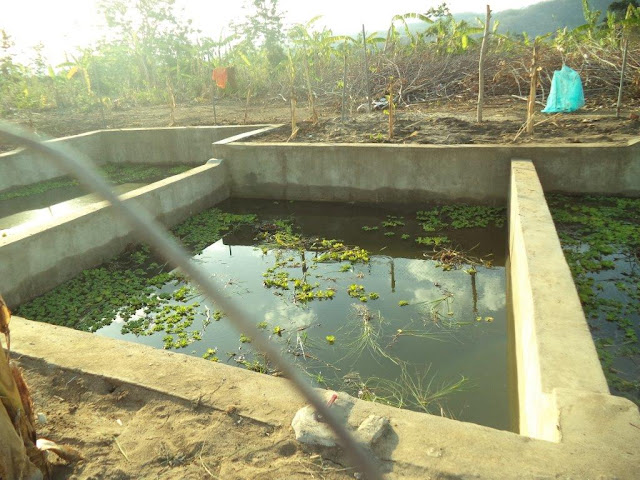 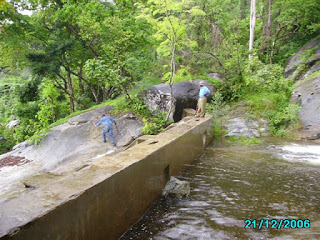 January-December, 2005
The water storage of the capacity 10,000 litres was constructed at Lugala Lutheran Hospital in Malinyi district, Tanzania to improve the quality of medical service. The project was financed by Belgium Technical Cooperation.

20,000 litres tank was constructed to improve the availability of quality water to the students and families of the members of the staff. 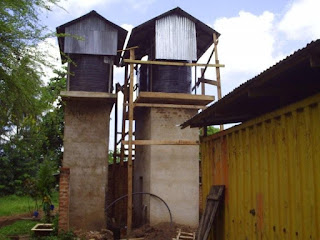 This page presents wind power development works in which Matthew Matimbwi has been involved
Supporting LIFE Academy on the wind power training
January, 2012 to December, 2015

LIFE Academy of Sweden has been training experts of wind power to support the development of renewable energy technologies in the developing countries.

Since in the year 2012, LIFE Academy has been conducting the african regional training in Tanzania.

Lutindi Mental Hospital is located in the remote area of Korogwe District, Tanzania. It is connected to the national grid, but the supply is not reliable. Lutheran Church that owns the hospital, decided to develop wind power backup system to supply electricity to the hospital when there is no electricity from the grid. Lutindi Mental Hospital installed a turbine of the capacity of 5kW. 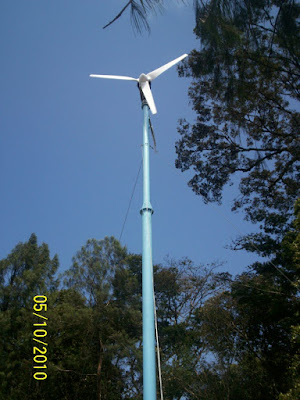 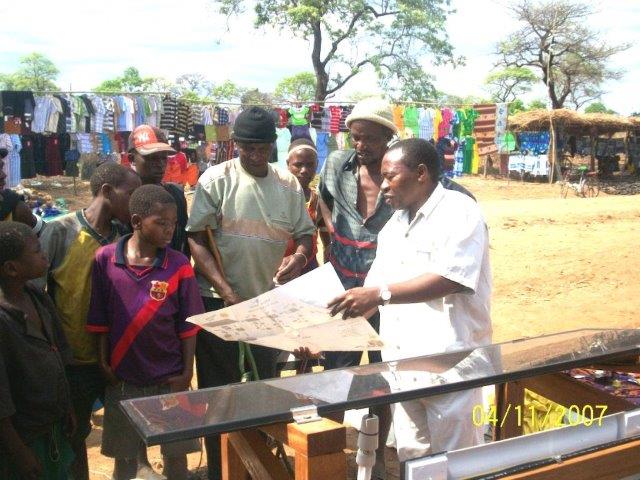